On the screen, we see the striking, beautiful face of María and her bulbous eyes under the sparks of a fireplace. The mother helps the girl get ready, by cleaning her soft face with a small rag and putting a headdress on her. The latter part cuts to the everyday scenes of the two Mayan women as they handle the chores, from cooking to taking the eggs from the chicken coop. In one scene the mother teaches the daughter how do skin a pig. She tells the daughter, “smile,” when her future husband visits the family. All the relatives laugh and cheer, boasting about married life and how María will enjoy it, yet she sits idly, wishing she were not there.

The two women take care of the shanty home, while the husband works the land, which has been invaded by snakes. The landowner who plans to marry María’s gives him poison to kill them off. The landowner appears to be much older than María, and has been married before. He seems fair but also crude and unflinching, paying his laborers on the coffee field unless they drink their money away or try to cheat when picking coffee beans, but he also doesn’t inspire honor.

Ixcanul roughly translates to “volcano” in the Mayan dialect of Kaqchikel. Though a volcano may be dormant for a long time, one day it will erupt, and you get this sensation from María, not just because of her pregnancy but because she longs to escape.

The silence dissipates throughout the film as the mother tells the daughter to watch over the pigs— and the sun and wind blow their hair against their faces, or when the mom tells the daughter to count her moons. “Did you count your moons?” she asks, when she discovers the daughter is pregnant. Underneath the moonlight they shower together, and the mother clasps the daughter’s face and pats her hair down. María has sex with one of the laborers, but her mother does not reproach her too harshly, instead gives her a few herbal concoction to get rid of the baby, because she knows the landowner won’t marry her, but when none of those work, she tells María, “The baby is meant to live.”

The first sign of modernity appears when a laborer mentions going to “Los Estados Unidos.” Also when the landowner’s red truck comes down the highway, which is not far from the village. The parents don’t have to venture out until they’re forced to take the daughter to the hospital. The contrast of the Guatemalan city, the loud traffic and the bright lights is an alarming juxtaposition to the quiet life by the volcano filled airy scenes of natural landscapes and a spiritual closeness to mother nature.

Everyone in the village speaks the Mayan dialect. It’s only when we see a census worker speaking to the family that we realize, the alien language of Spanish hovering above them. The census lady doesn’t understand their language, and so the landowner must translate, posing a future opportunity to alter the truth, since the indigenous family relies too heavily on his integrity.

What is even more troubling is no one at the hospital speaks their language even though 60 percent of the population in Guatemala is Mayan. Like in many central and south American countries with an indigenous population, children have been forced to learn Spanish and forget their native language. The consensus is to forget the old ways in order to progress. Knowing these facts, made it more significant for the director Jayro Bustamante to use the Kaqchikel dialect. It provides a direct link to another way of life. The words provide a color, a feeling that we can’t get with another language.

There’s also a sense of female strength throughout the film despite the circumstances. “It’s your daughter,” the father tells the mother after he finds out María is pregnant, as if to say it’s your problem, and you must solve it on your own. The daughter doesn’t have the final decision on whether she wants to marry the landowner. There are few signs of control over her sexuality and body: when she chases the handsome laborer, or when she decides to look for her baby. She begins to discover her own sexuality and her power as a women in an otherwise male-dominated world. This story is told by many girls who are married off too young and forced to take on responsibilities that don’t belong in a child or adolescent’s life. 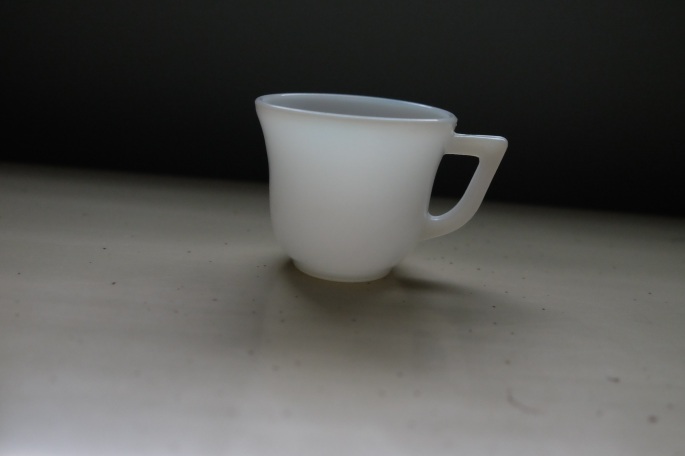 “Your audience is yourself.”

Understanding the design of a particular object never caught my attention beyond the physical surface. I might have thought about the utility of an item, but never envisioned the process designers go through. Maybe it’s largely because I don’t make things with my hands. I’m missing something tactile since I don’t create anything that is physically tangible. Objectified, directed by Gary Hustwit demystifies the process of modern industrial design, and allows us to see how everyday objects first start out with an artist and a drawing board. We forget common house objects have a beginning, and don’t simply go from factory—to giant box store.

Analog objects (watches, vinyl record players, alarm clocks, rotary phones…etc.) often follow function more than form. With the onset of the digital world, designers began experimenting with form, observing how form and function can fit subtly into people’s lives without being conspicuous, but still useful and attractive. You can say this is true for iPhones, laptops, fit watches, wireless speakers…etc. Most people take for granted how intuitive these items have become and how easy they make our lives. For example nowadays you can run your whole house from your iPhone if your items are connected wirelessly, or easily find and buy a product on amazon thanks to the website design. One negative outcome, is the Democratization of design; it allows industry to mass-produce at a low-cost, which doesn’t always translate to optimal quality or design.

To hold any relevance in today’s quick-paced buying and selling world, the product has to have an “emotional authenticity.” People will always buy the new now, but it doesn’t mean they’re going to conserve it or pass it down to friends and family. The public will spend more if it means having a design that is innovative and emotionally aware. Some designers in the film argue for creating new forms (chairs, clocks, phones..etc.) instead of going back to the old ones to “reinvent the wheel.” They want to see designs that are a “physical interpretation of the digital world,” where design dissolves in behavior. Still, it’s important to acknowledge historical influence and cultural patterns on design ideas and construction.

“Every object tells a story.”

When you walk into a person’s room, often the first things that catch your eye are the decorative items: posters, paintings, furniture, books and other knickknacks lying around. Each one tells a story either of the person’s taste, perception of themselves, or their economic background. It’s cruel to judge someone based solely on their items, but they help understand someone’s style and thought process when they made the purchase. As one designer in the film said, “you have to know how to read it.” As a character analysis, objects tell you details about the person without having to reveal anything in words. But don’t get it confused; the emotional story you tell yourself about the object you’re buying comes from you. “Your audience is yourself.”

Many designers realize their creations will one day end up in a landfill, especially if they’re working for large manufacturing companies that are is the business of selling cheap goods to as many heads as possible. Some items are not bought for the purpose of style, but utility and comfort, and are often an afterthought to living. Nowadays with people moving more frequently, objects are quickly tossed or donated.

Designers are now studying the connection between sustainability and design. You can no longer afford to think of just one. If you’re a designer who doesn’t want his creations to pollute landfills, it’s a philosophy that should be active. As consumers we also have to be environmentally conscious buyers. After finding one of their toothbrushes on a beach shore, one design group in the film, brainstormed ways to create a sustainable toothbrush. (In one lifetime an individual can use an average of 156 toothbrushes.) After coming up with different ideas and rummaging through some wacky possibilities, the group decided on a wood bottom with a replaceable bristle that was realistic on price but also realistic on design and use.

Designs that will help us survive in the planet we love.

As consumers change their buying patterns and demand more earth-friendly products, they influences designers and manufactures to think outside the disposable world. Consumers have more purchasing power than ever. They don’t have to settle for products that are making their lives harder by contaminating the earth and the natural resources they cherish. Designers have to continue to challenge form on the basis of sustainability, utility and comfort. Imagine a world with no humans and alien archeologists coming down; they would certainly conclude that earth is a plastic-loving planet.

The story you tell yourself about an object is the only one that matters. Designers are constantly trying to understand this to see how they can influence you to buy a story (brand). But at the end of the day “when there’s a hurricane you’re not going to take the items that got the best write-ups on some website,” said Rob Walker, writer at the NYT. “It’s the items you feel the closest to.”